Home » Rugby/test match – A suffering success for England at Twickenham

Rugby/test match – A suffering success for England at Twickenham 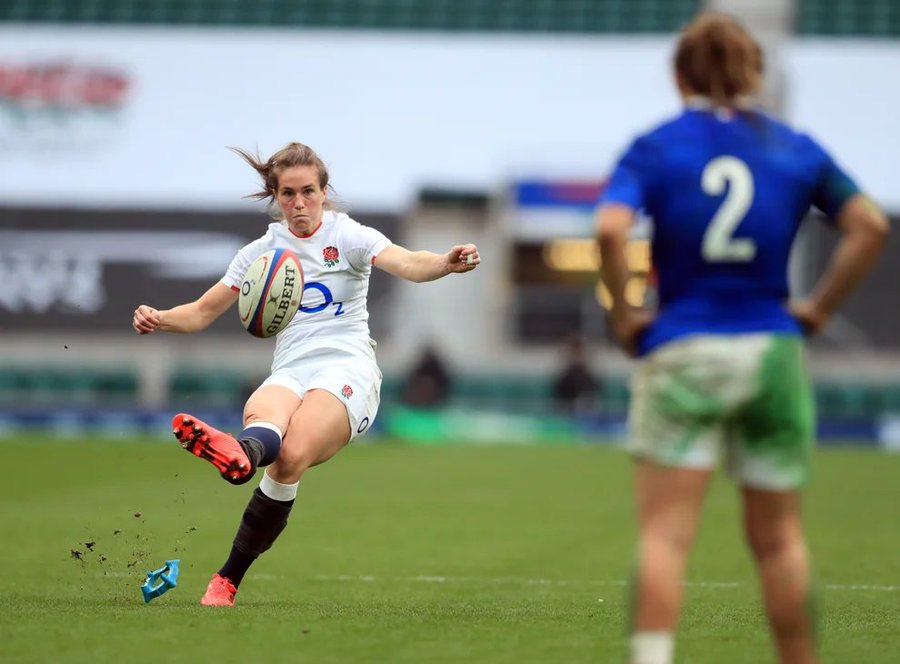 One week after the easy win in France, England suffered at Tickenham for a second “crunch” test match. In dead time, the Red Roses scored, finally, a winning penalty thanks to Emily Scarratt.

Last week, England had totally dominated the French team on their field 33-10. This Saturday, the English were quite serene to welcome their opponents on their favourite field at Twickenham. Maybe a bit too confident.

The two teams came back from the cloakroom with the same determination that offered to the supporters a high-level second half. England succeeded in reducing the gap between the two opponents but France took an important advantage by leading 23 to 10. The English staff reacted well and the Red Roses came back in the game before an epic and with only one point between both teams. They continued to put the pressure on the shoulders of the French. The efforts paid and pushed French to do a fault on the 22 metres after the 80 minutes. Emily Scarratt handle the kick of the penalty and give the win to her team.

The Red Roses are now on a seven-match winning streak against France and have won 11 of the last 12 matches.

Rugby/Championships – The historical feat of the Pumas