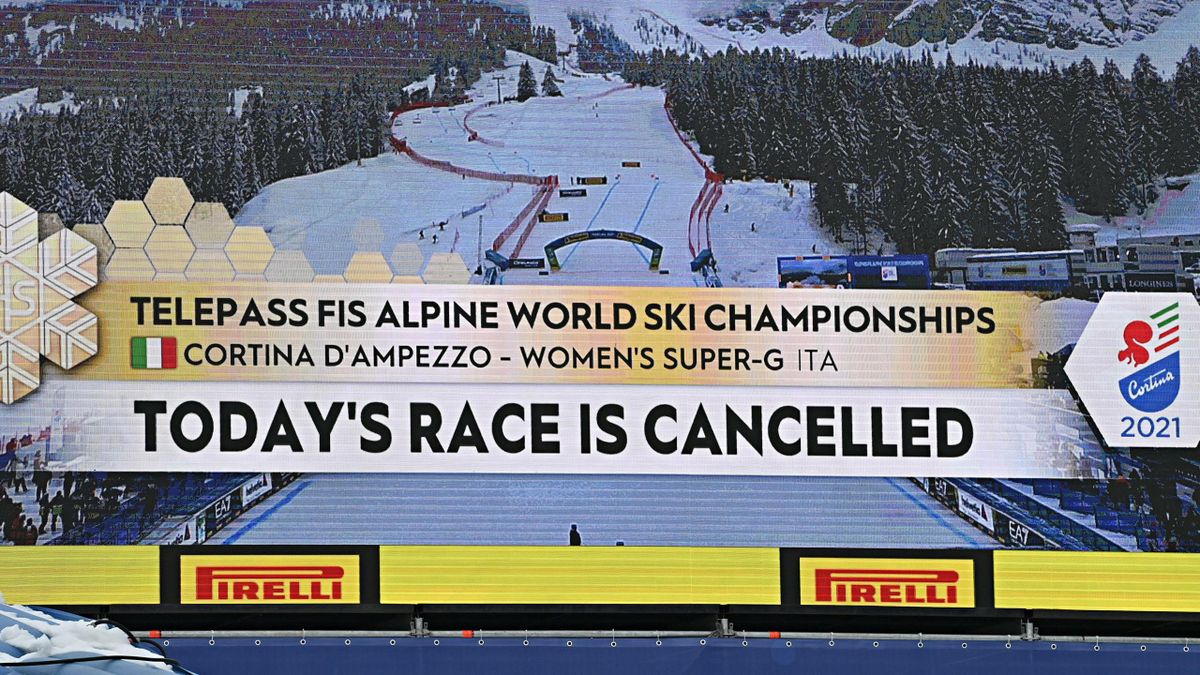 The World Championships in Cortina d’Ampezzo have not started yer. 3 races should have already been run. But the capricious weather of the transalpine station has forced the organisers to postpone these races later. Some disciplines could even be cancelled if the conditions do not improve in the next few days.

Sadly, the Cortina World Championships had a difficult start. After the postponement of the women’s Combined and the men’s Super-G, it was the turn of the women’s Super-G to be rescheduled. The race that was supposed to start at 1:00 p.m local time was first postponed to 2:00 p.m and then 2:30 p.m before being cancelled. This time, it was the fog that came to mix in the party after the heavy snowfalls and the risk of an avalanche.

Towards the cancellation of certain disciplines?

With already 3 postponements, the world championships are likely to encroach on the end of the season. The FIS (International Ski Federation) could therefore cancel certain events (the combined and parallel would be stated). Thus, skiers will have to wait a little longer before taking to the Italian slope.

Who will be the first medallist at these World Championships? We are looking forward to this 46th edition.