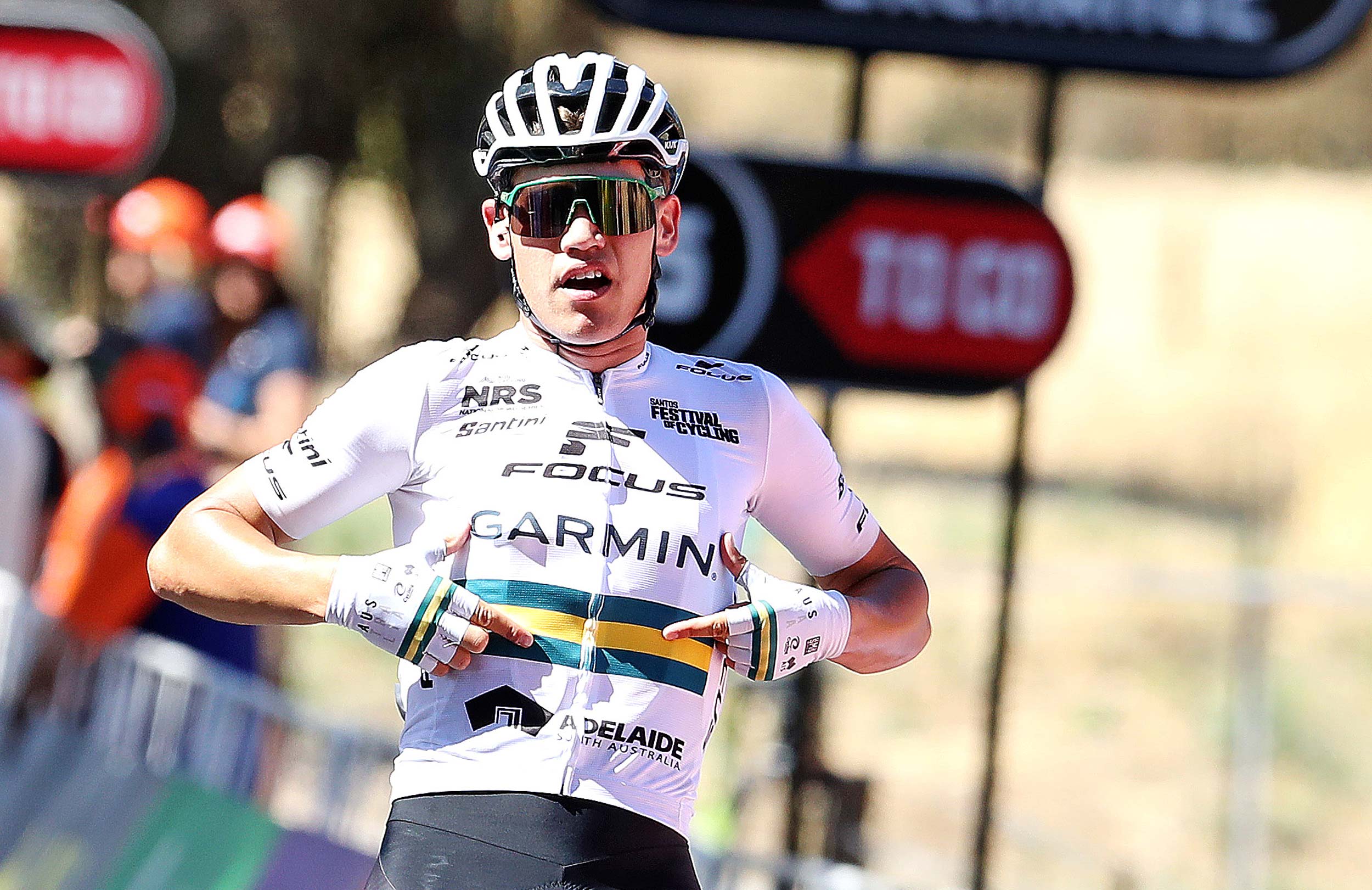 Luke Plapp, the revelation of the Santos Cycling Festival, won his 1st national title in the elite category ahead of two-time defending champion Luke Durbridge. However, in the girls’ category, there were no surprises in the Australian time trial championships. Sarah Gigante won the national title for the second time in a row.

Luke Plapp, rider for the team Inform TMX Make, has crushed his rivals this Wednesday. He made a perfect race on the 37,5 kilometres of the time trial. He beat the favourite Luke Durbridge with a lot of time: 43 seconds! To realise the performance, you must know that Durbridge is quadruple champion of this category and double title holder. On the other hand, Luke Plapp has never won a single title in the elite category before today. Kelland O’Brien (Inform TMX Make) won the bronze medal.

In the women’s time trial, there are fewer surprises. Defending champion Sarah Gigante won the Australian time trial championship for the second time in a row. The rider of the Tibco-SVB team beat for the second year in a row Grace Brown (Team BikeExchange) with 17 seconds’ advantage. 3rd place goes to Nicole Frain, even if she arrived 4 minutes after Gigante.

At the end of the week, the Australian championships in road racing will take place. Who will succeed Cameron Meyer and Amanda Spratt?