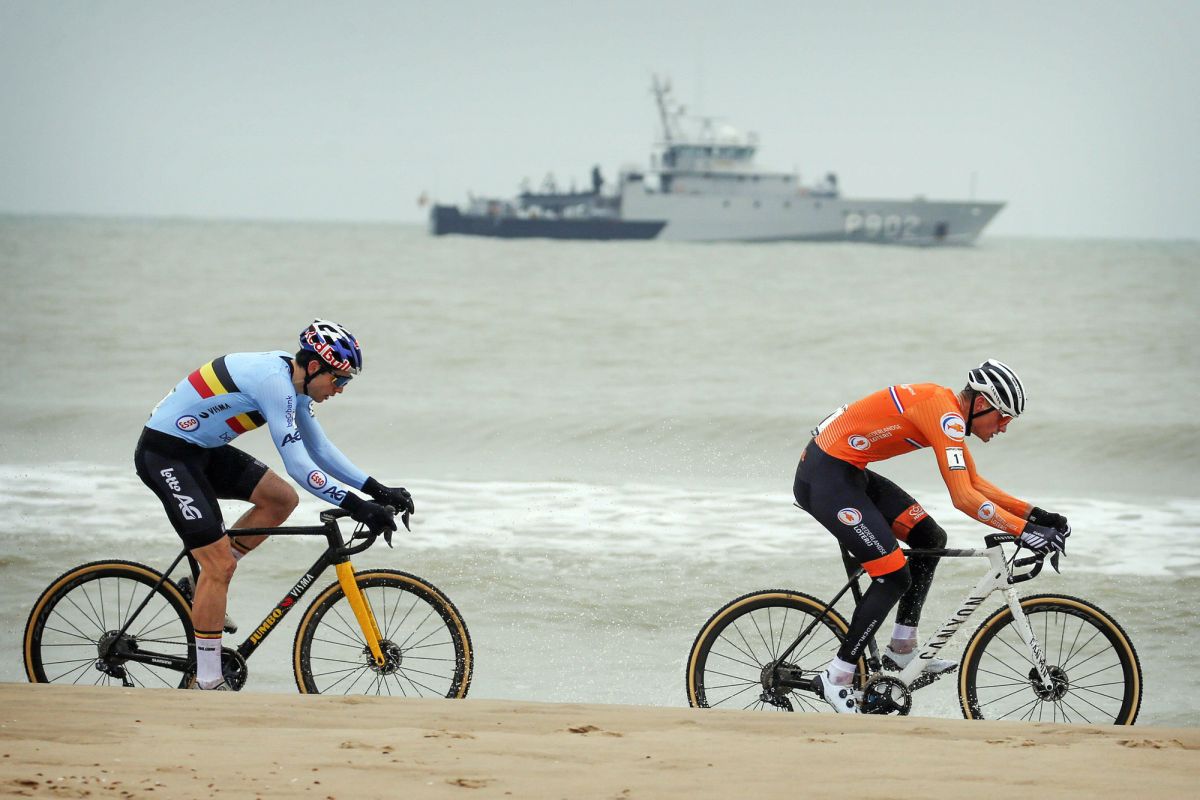 After an unbelievable race on the beach at Ostende, Mathieu Van der Poel beats Wout Van Aert and wins his 4th world title. For the women’s race, Lucinda Brand confirms her good results this season and takes the rainbow jersey for the 1st time.

On Saturday afternoon, under the Ostende heavy rain, Lucinda Brand won her first World title. She confirmed her performances on the World Cup which she won last week. Her principal competitor Ceylin del Carmen Alvarado finished only 6th after a fall on the first turn. The two real rivals of the winner of the day were Worst and Betsema. They started the last lap of the race together. Betsema was the first to drop the duo. Worst, on his side, crashed and left the victory to Brand.

A fight for the title

We were hoping to have a duel at the top, we were served! The race started at a hellish pace so that at the end of the first lap, Van Aert and Van der Poel increased the gap. In the second lap, the advantage turns for Van Aert after a spectacular but not serious crash of Van der Poel. The Belgian rider is caught again in the third lap after a front wheel puncture. Van der Poel takes the lead on the technical passages for the rest of the race. The Dutchman takes the victory for 2 years consecutively and his fourth time. Toon Aerts finished third in front of Tom Piddock 4th.

Aurélien Paret-Peintre (AG2R – Citroën) created the surprise by winning on sprint in front of Boudat and Coquart. The French climber wins his first professional victory. The title stays for AG2R Citroën after Cosnefroy’s win last year.