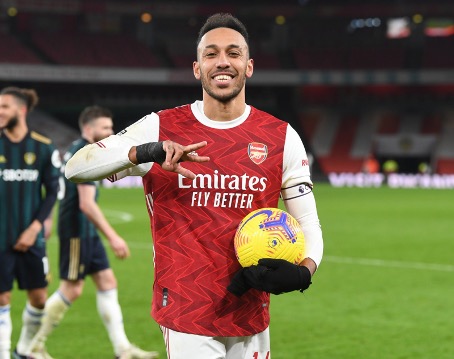 After 3 games without winning in a row for Arsenal, they managed an important and incredible win against Leeds. The Gunners are back in the first half of the ranking. It’s also a great performance from Aubameyang who scores a hat-trick.

Arsenal received the Marselo Bielsa’s Leeds who were ahead of Arsenal. But it was before Aubameyang came out of the shadow and bright the game with his class. The gabonian scored really fast in the match after some step-over and a great shot who surprised Meslier. The Gunners put an extra before the half-time with the second goal of Aubameyang and the third goal scored by Bellerin.

After the break, the Gunners’ captain finished his great performance with his third goal at the 47’. Even if Leeds managed to score two goals after they never arrived to come back to the score. Of course Aubam was elected man of the match.

It is surely one of the best games that we can see of Arsenal this season. Arteta can be proud of his team and have maybe a little hope to catch the Europe.