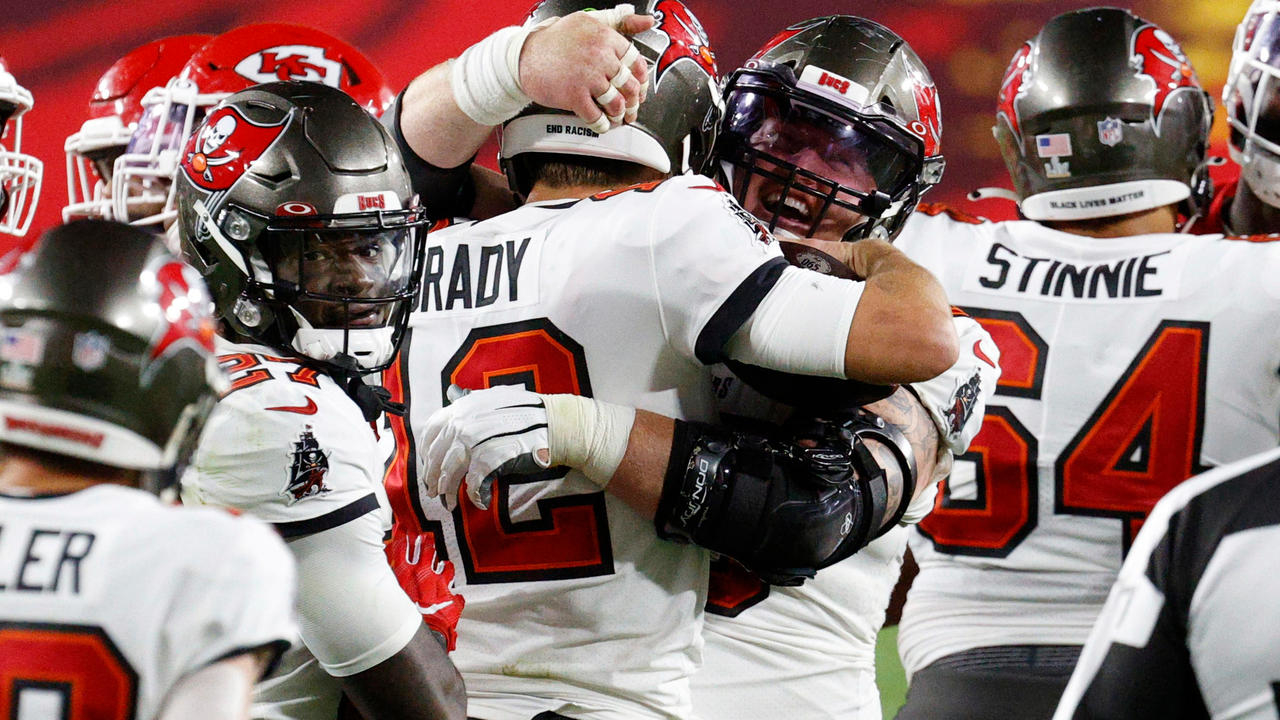 Last night, the Buccaneers, led by Tom Brady, have dominated Kansas City Chiefs at home. The Floridians have won the final (31-9).

A Legend never dies!! Tom Brady, 43, has led his team, Tampa Bay Buccaneers, to his second Super Bowl of the history of the franchise. Magnificent Tom has dominated the NFL big star Patrick Mahomes in their duel.

Kansas City scores the firsts in this original Super Bowl with a field goal. But after, the Tampa Bay’s machine has crushed the Chiefs. Rob Gronkowski scores two touchdowns, thanks to Tom Brady. Almost two years after announcing he retired (stopped at Mars 2020 to joining Brady in Florida), the former catcher has released a huge match. With this two TD, the Buccaneers lead 14-3. After a new Chiefs’ field goal, the Floridians are stilling the front. While the first haft is almost finished, Brady sends Brown to end zone 37 seconds before the half-time.

The Weeknd was alone

For the traditional show during the Super Bowl’s half-time, the Weeknd was chosen. Many names including Daft Punk were named to joining the Canadian throughout the show. But the Weeknd sang alone. He has performed his best songs like Starboy or Blinding Lights.

No TD for the Chiefs

Kansas City gets the first opportunities of the second half, but they score “just” a field-goal. After these three points, the Chiefs will not score again. Moreover, the Buccaneers score ten points, one touchdown from Fournette and one field-goal.

Thanks to their brilliant match, the Buccaneers win the Super Bowl LV at home. Their opponents weren’t here. For the first time in this season, the Chiefs don’t score a TD. This stat shows Mahomes has been dominated. The most of the plays, the Kansas City’s quarterback were always under oppression.

Tom Brady made the NFL history

Ice hockey/NHL – A super duo for the Edmonton Oilers