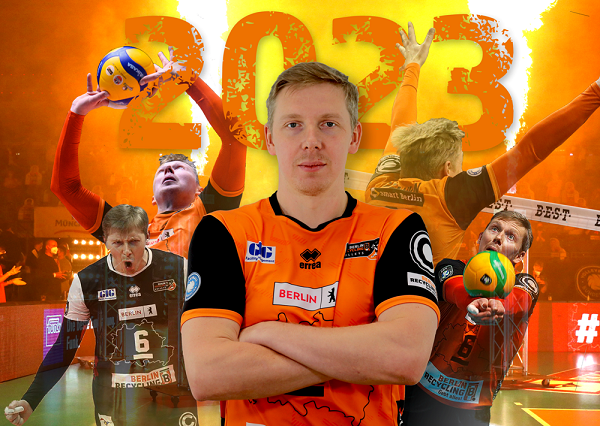 These last days, Berlin Recycling Volleys is starting to save the future with Grankin. On the other hand, Linus Weber could say goodbye to the German club for Padova.

As you know, Sergey Grankin “Granisimo” is considered as the idol and part of the family of BR Volleys. Despite the fact that he only arrived in 2018, he brought a level up and a perfect harmony for the team. Without hesitation, he extended his contract for 2 seasons, until 2023 for his 38th birthday.

The general manager, Kaweh Niroomand, announced the extension of Grankin’s contract as a victory “Sergey was a godsend for us two years ago. The fact that he feels so comfortable in Germany speaks for our work, and his confirmation shows what a good guy and what a great player he is”.

While Grankin’s staying, Linus Weber could be on his way to the Italian SuperLega. As reported the blog of Gian Luca Pasini, the ex-Milan player seems to return to Italy for the next season. Nothing more has been revealed yet.