This week took place the last games of the round of 16 first leg of the Champions League. Chelsea and Manchester City took a step forward for the qualification in quarter-finals. 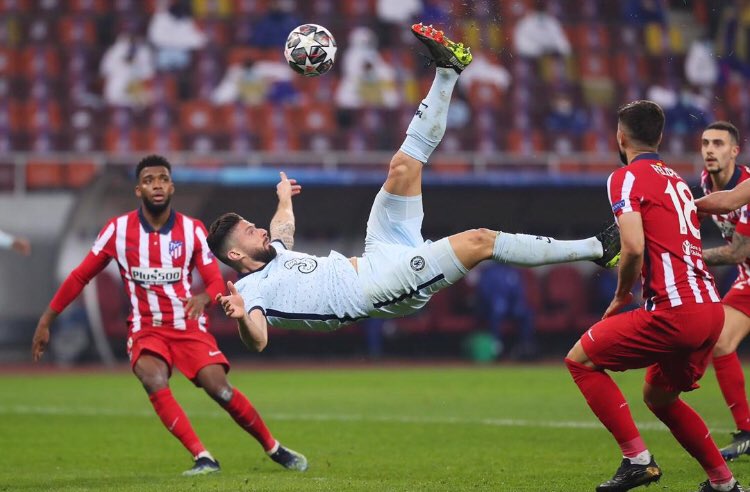 This week took place the last games of the round of 16 first leg of the Champions League. Chelsea and Manchester City took a step forward for the qualification in quarter-finals.

Chelsea played on Tuesday against Atletico de Madrid at the Wanda Metropolitano. The blues beat them 1-0 thanks to a magnificent goal of Olivier Giroud. He might have been the oldest player on the field, but Giroud won the title of the game of the match and his overhead kick gives his team a great away goal.

Atletico didn’t manage to keep the ball and to be dangerous for the blues. Their performance is not as high as we can expect the first of Liga to be. With this game, it’s their second straight loss, without scoring any goal.

On Wednesday, Manchester City beat Monchengladbach 2-0 in Germany. Bernardo Silva and Gabriel Jesus allow their team to take a big leg up for qualification.  The advantage is consequent but not enough for Guardiola.  Even though they control the game they were not “clinical enough up front” for the coach.

Despite that Manchester City is on a 19-game win streak, with 49 goals scored and 6 conceded. It’s a good period for the Citizens, they might are the most consistent team in Europe right now, let’s see what they are able to do for the rest of the Champions League

Involved in both first-leg goals, the defensor João Cancelo won the title of player of the match.