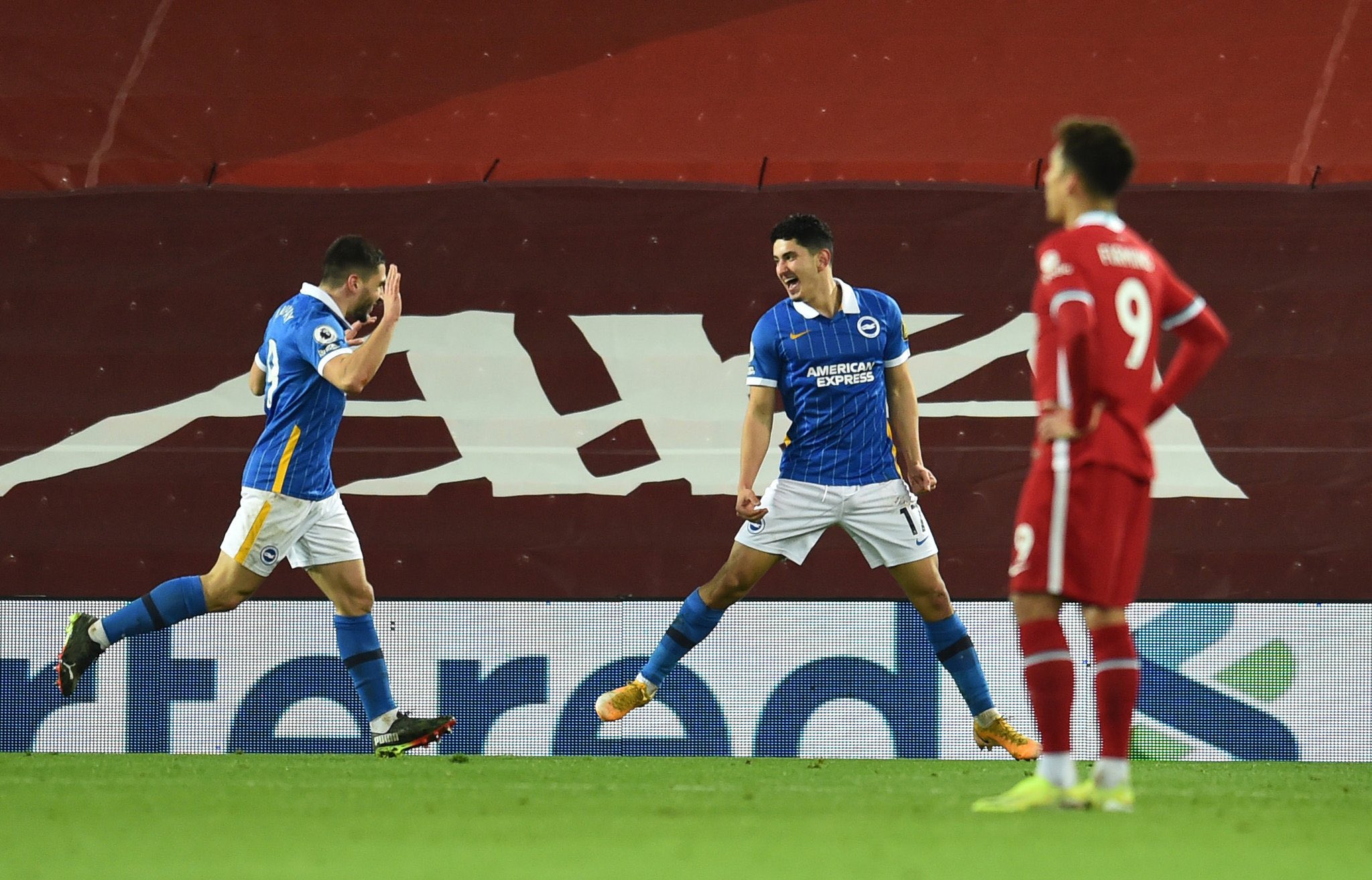 Just when it seemed that they were getting better, after two great performance against West Ham and Tottenham, Liverpool fell against Brighton tonight 0-1. They were unbeaten for 68 games in Premier League and now they have lost two on the bounce.

Lacklustre performance by Liverpool there were no tempo going forward, and they were too predictable in attack. Statistics recorded only 1 attempt on target for the game. No game changers on the bench to come in and change a game, Jota is a huge loss at the moment.

The next game for Liverpool in Anflied is against Manchester City, they must need to win this game if they want to get back to the podium.

Defeat put the Reds in 4th place and 7 points behind Manchester city. The Last time Liverpool lost back-to-back was in September 2012.

Brighton take the lead at Anfield! ?

Could the Premier League champions be about to lose their second league home game in a row? pic.twitter.com/qmjsSnUVqc

It’s a crucial moment for their season, if they still want a chance to win the Premier league, they have to be way steadier. The players missing have a huge impact on the team. Klopp has to find a new way to manage his players. Last time Brighton won in Anflied was in January 1984.

However, it’s a big win for Brighton. Three wins in four has totally changed their outlook. They are now 10 points above the drop zone, in the 15th place.

Foot/ PL – Liverpool back on the podium