Home » NBA – LeBron James and Kevin Durant at the top

NBA – LeBron James and Kevin Durant at the top 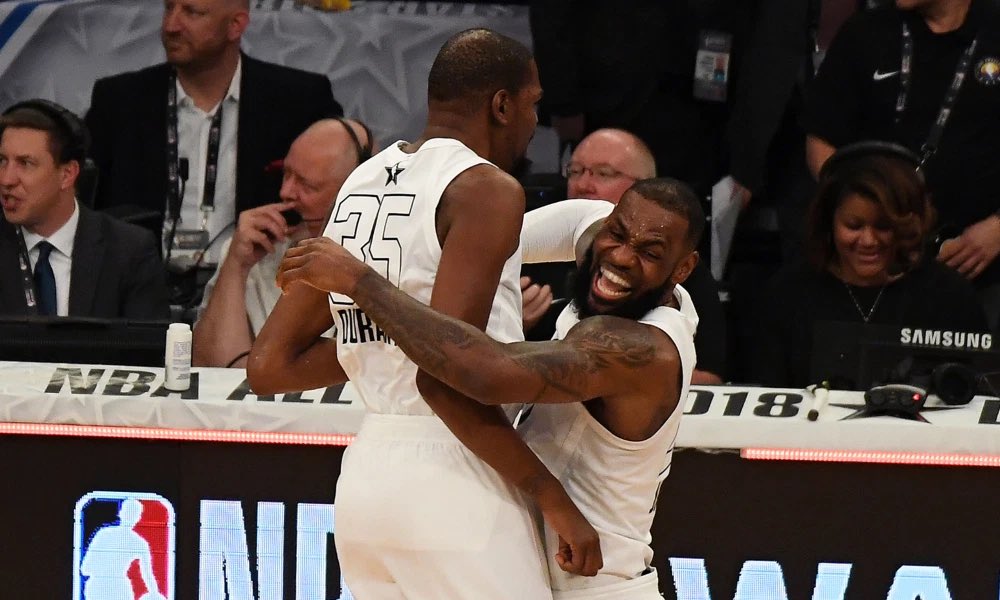 The league is proposing a new voting score for the All-Star Game 2021 which will take place on March 7th in Atlanta.

The leaders, in the East as well as in the West, remain the same, LeBron James and Kevin Durant.

In the West, nothing is done yet. The European Luka Doncic and Stephen Curry dominate at the back, but Damian Lilliard is getting closer and closer. In the rest of the team we find LeBron James, Kawhi Leonard and Nikola Jokic.

On the East side, there are still Bradley Beal and Kyrie Irving at the back, accompanied by Giannis Antetokounmpo, Joel Embiid and Kevin Durant.

If they want, fans can submit their votes every day via the NBA application, NBA.com, and on Twitter. The next update will take place next Thursday, with the end of voting scheduled for February 16th.

After that date, the media and NBA players will cast their own votes, with fans representing 50%, media 25%, and players 25%.

The starting 5 will finally be announced by TNT on 18 February and the substitutes on 23 February.