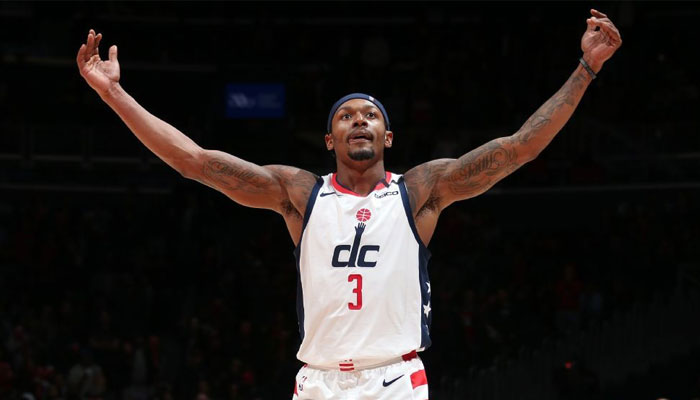 This season is obviously complicated for the shooting guard, torn between good performances and undeserved defeats in the NBA.

The Washington Wizards player is as disillusioned as ever. And for good reasons. Despite his very good performances on the line (the best season of his career), and his status as the NBA top scorer. The franchise of the capital, for its part, is having a bad season.

We can mention the fact that against the Pelicans (47 pts with 17/37). It was the tenth consecutive time that he scored at least 40 points without winning. The player being both at his peak and in the turmoil. The hypothesis of a departure in the form of a trade is highly probable.

"I talked to Brad's agent and he told me that right now, Brad's focus with the Wizards is turning this season around. When he signed that extension, he knew there was going to be a period of growth" – @wojespn #NBA #NBATwitter #TheJump #DCAboveAll pic.twitter.com/etQlwPM2nS

According to the well-known ESPN journalist Adrian Wojnarowski, Bradley Beal is nevertheless, for the time, being determined to turn things around and continue in the capital’s franchise.

In the long term, however, a great deal of uncertainty may arise, as he has a player option in 2022-23 after the end of his contract. A case to follow very closely.