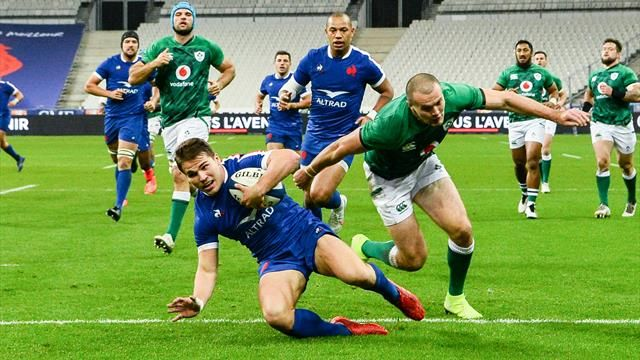 Sunday, France will take on Ireland for the day 2 of Six Nations. The French Team hasn’t been won in Ireland since 2011.

After a win in Italy (50-10), Antoine Dupont and his team will fight next Sunday at the Aviva Stadium, against the Irish Team. If the French Team wants to believe at the Big Slam this year, they will have to beat Ireland. But for ten years, Ireland has always beaten France at home. The last win of France in Ireland was in 2011, in August.

Since this match, the French Team has always lost in Dublin. But this year, since a long time, Fabien Galthié’s team is favourite for many several reasons. This year, the French Team is a great team led by one of the best players, Antoine Dupont. The Toulouse player is playing at a high level. He can change the match with one action. Last week, against Italia, the French scrum-half has been the best player on the field. He scored one try, and was decisive in three others tries.

Last year, the French team was close to win the Six nations. But a loss against Scotland has killed all hopes to win the tournament. Since this match, they have been playing tremendously.

However, the French team will have to play without two great players, Romain Ntamack and Virimi Vakatawa. Romain Ntamack has been becoming since the last world cup an important man for Fabien Galthié. The fly-half leads the French play. And he plays very well with Antoine Dupont, they play both in Toulouse. Vakatawa will miss. The Racing man is one of the best centres of this Six Nations tournament.

But the Ireland team has a lot of absents. Peter O’Mahomy, excluded the last week against Walles, was suspended several weeks. So, he will not play Sunday. Ryan will miss, to, the match against France.