Home » Tennis / SFO – Sinner defeated in the first round

Tennis / SFO – Sinner defeated in the first round 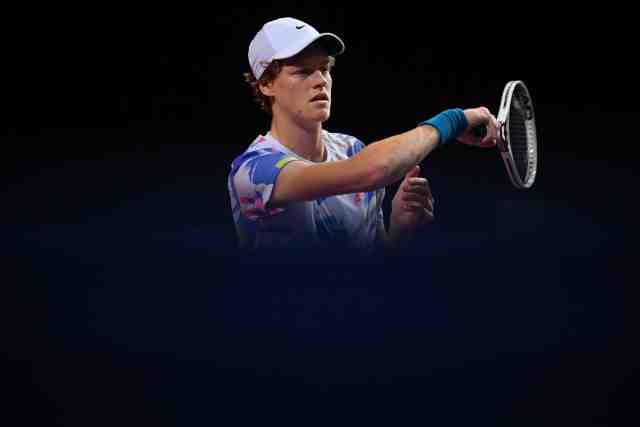 Suffering from back pain, Jannik Sinner was knocked out in the first round of the Sud de France Open by Aljaz Bedene (3-6, 6-2, 7-6 [3]). Two weeks after his elimination at the Australian Open.

Jannik Sinner was surprised by Aljaz Bedene (6-3, 2-6, 6-7 (3)). The Italian seemed to be a serious contender for the title in Montpellier. He had won the first set quite easily. His opponent was able to stay solid to come back to a set everywhere before pushing Sinner to the Tie Break. Things then became more difficult for the number five seed who quickly felt a pain in his lower back, calling the physio at 2-4 in the deciding game. Bedene finally won after 2:35 of play.

But according to Jannik Sinner, there is no doubt that his defeat had nothing to do with his pain :

« Back pain? It has nothing to do with it, it’s 100% my fault and my game. In Melbourne against Bedene (victory in two sets one week before the Australian Open). I was more aggressive but today I messed up especially from a mental point of view. After the first set I went on without an idea,or rather I had one but it was wrong. » explained the San Candido native at the end of the match ».

This is a new counter performance for the Italian. He was already defeated in the first round at the Australian Open against Denis Shapovalov in five sets.