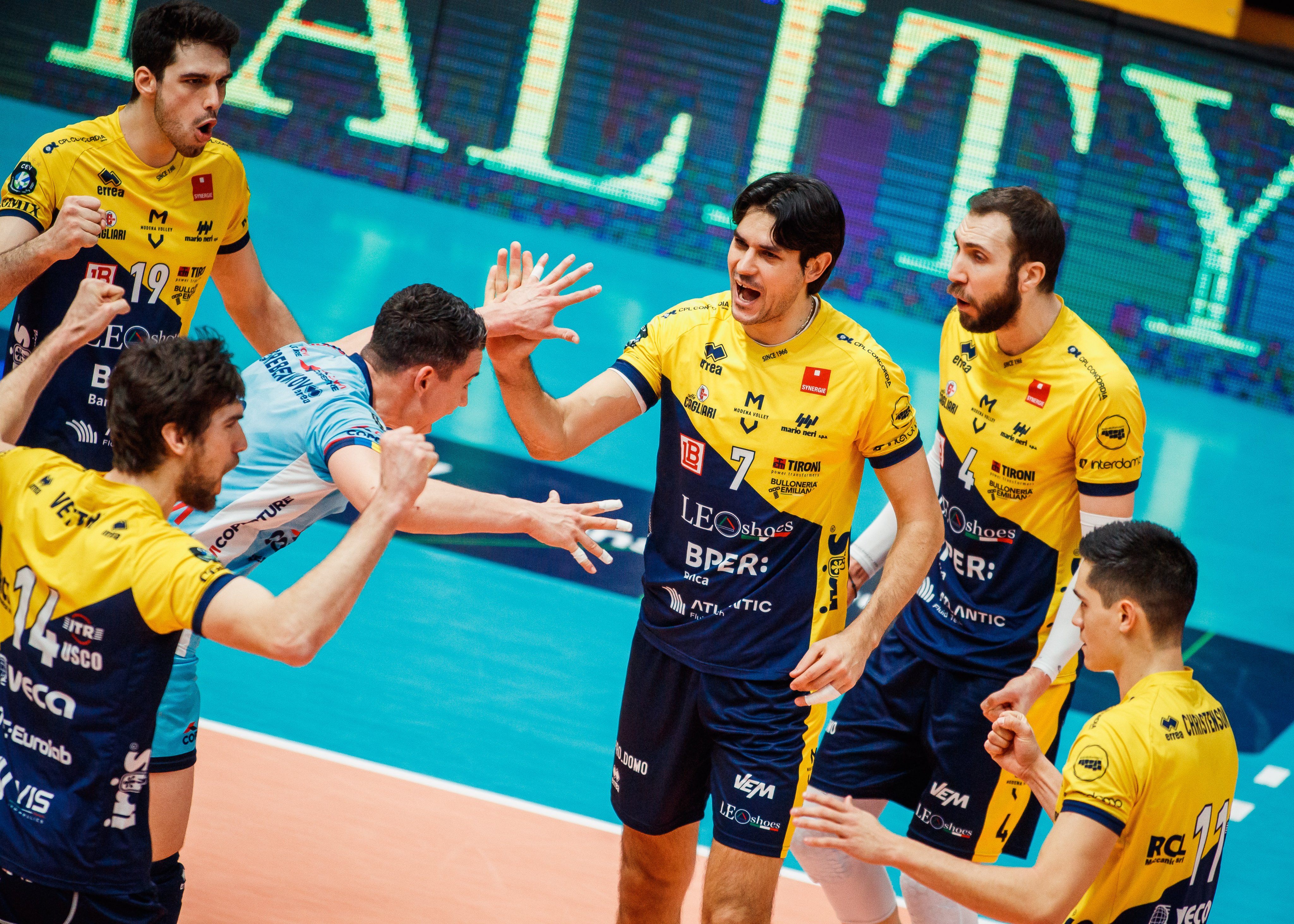 For this last day of the week, 3 games have not yet taken place out of the 9 that were planned. Br Volleys – Jastrzebski (3-0); Lube Civitanova – Arkasspor (3-0) and Friedrichafen – Trentino (0-3).

It was complicated, but the Russians were able to make the difference in money time to win in 5 games. It is an important victory but still not enough to be among the best seconds.

To consolidate their first place, a victory was preferable for the Russians. They are now 6 lengths behind the second and confident for the rest of the competition. However, their opponent of the day has nothing more to hope for.

Modena could and should have won to take the lead on the first place of the group. Roeselare knew how to take advantage of it, in spite of the fact that these last ones are not any more in race for the qualification.

Congratulations to @modenavolley ?? who grabbed the last spot in the #CLVolleyM quarterfinals as a winner of Pool D!? Thanks to better match point ratio they are ranked ahead of @vervawarszawapl ?? who lost today against @Kuzbassvolley ??!
Learn more: https://t.co/Zn9dkMJ8bX pic.twitter.com/1JtLWs051y

Group D: Kemerovo surprises Verva Warszawa on the outside

Verva could have been first in the group at the end of the match, but the Poles were surprised by a combative opponent right to the end. This defeat cost them the qualification because they find themselves at the foot of the podium of the best seconds.

Group B: Perugia takes care of the essentials

Despite the loss of the first game, the Italians were able to remobilize and win this game to get back in front of Lube. They are tied but have a favourable difference of game won.

Finally, we know all the qualifiers for the quarter-finals of the Volleyball Champions League: Belchatow, Zenith Kazan, Civitanova, Kedzierzyn-Kozle, Modena, Perugia, Berlin and Trento. Thus, the final phases will begin on Wednesday, February 24.